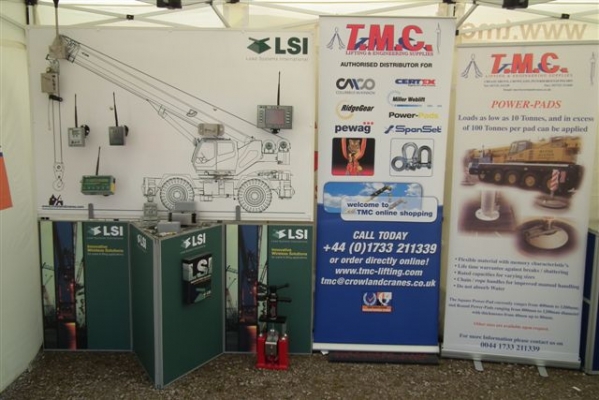 Crowland Cranes recently experienced a great reception at the fifth year of Vertikal Days. Vistors showed a high level of interest in the second generation Zoomlion QY35v and the RT55 that were exhibited, alongside the new 5.5TME Ormig crane. In addition, this event was used as a platform to launch their comprehensive range of ancillary products, including the full LSI product range, Power Pad support mats and the new addition Lube-A-Boom products. Day One of the show was an optimistic start for Crowland Cranes as they successfully signed their first order for the first QY35v sale (details to be announced shortly). Over the two days of the show various potential customers arranged working demonstrations of the crane at Crowland and the ‘Lube-A-Boom’ range received a high level of interest, taking the first UK orders over the two days of the show. Crowland Cranes would like to take this opportunity to thank Leigh, Pam & all the Vertikal team for their help in making the product launch go so smoothly.