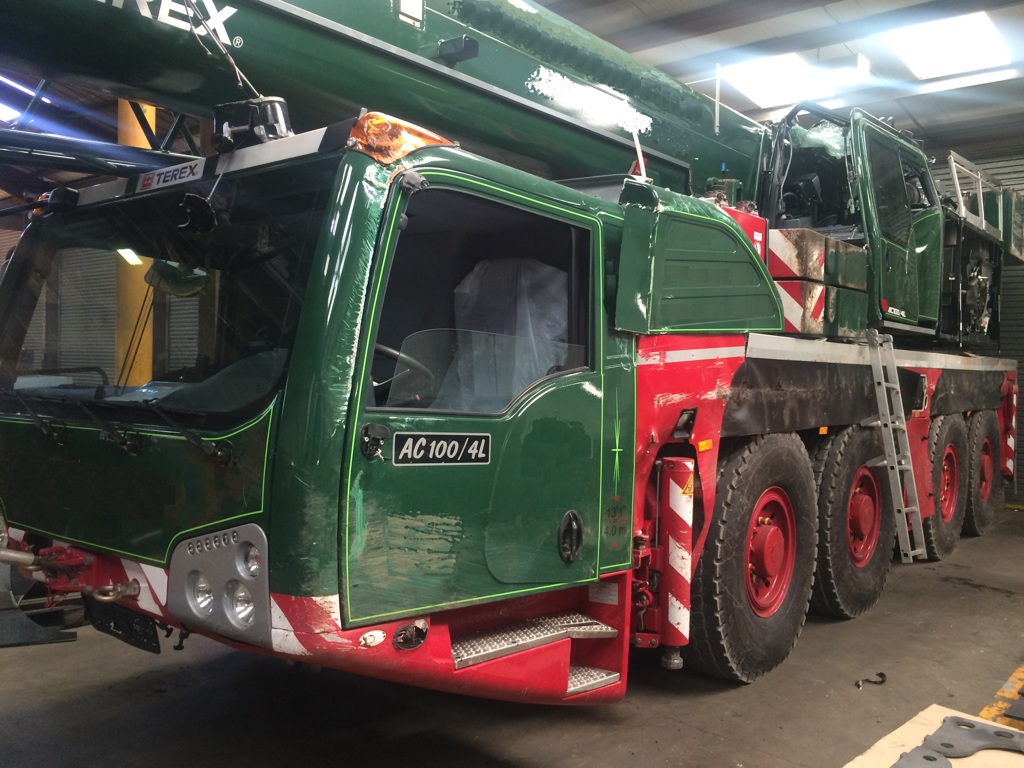 Crowland Cranes have recently completed another major repair for insurer Aviva on a 14 month old Terex AC100-4L. The 100t crane had suffered a highway soft roll causing major damage to both near side cabs, decking and associated panels. The crane was repaired using genuine factory parts enabling the machine to be placed back into operation without affecting the continuation of manufacturer warranty.