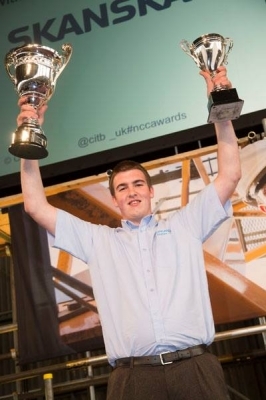 Crowland Cranes were proud to be part of the NCC East Apprentice Awards 2015 Celebrations at CITB Bircham Newton when one of our Year 3 Apprentices 19 year old Steven Garrod was awarded a first for his contribution to his advanced studies in Crane and Plant Mechanics. His second achievement of the day was to be presented with overall 2015 Apprentice of the year. This was a very impressive achievement by Steven as these awards are presented in recognition of those in the Construction Industry who go above and beyond showing both high levels of work ethic and personal skills. The continuation of these awards is the CITB Pride of Construction award which will be held at the National History Museum, London in November. Steven is one of only four apprentices representing different areas of the country eligible to be presented with this final award